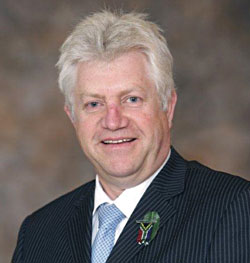 Minister Winde previously headed the Finance, Economic Development and Tourism portfolios and has been a Member of the Provincial Legislature since 2000.

He will be visiting farmers, unions and agricultural role-players in the Province over the next month and a half to familiarise himself with the sector.