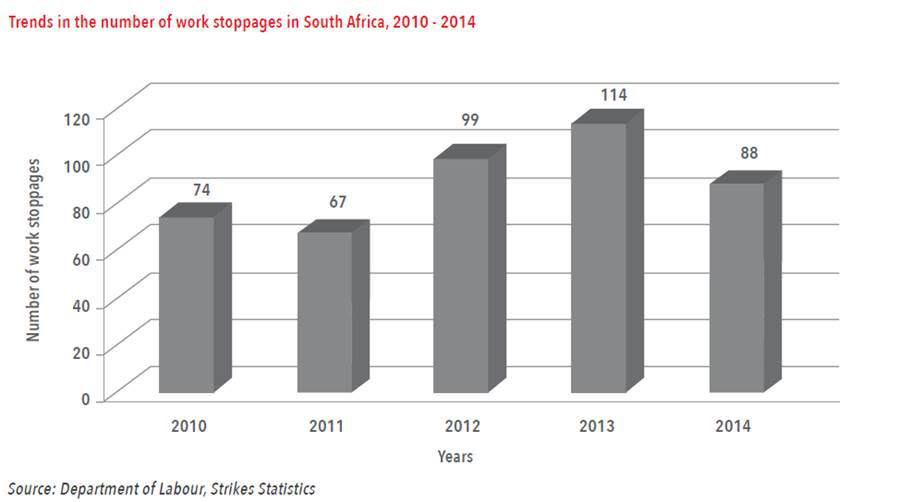 Strikes in SA According to the report, most strikes were over wages, bonuses and compensation, and took place mostly in the community, social and personal services industry, followed by the manufacturing industry. Strikes in the mining sector accounted for 94% of all work days lost. 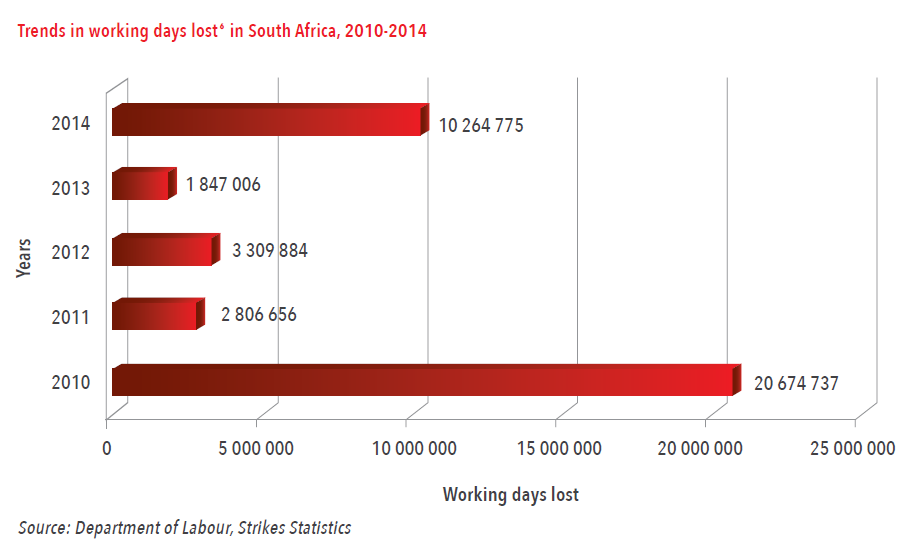 Work days lost to striking Notably, around half of all strikes that took place in 2014 were unprotected, meaning workers stopped working illegally. Unions most responsible for strikes were the Association of Mineworkers and Constuction Union (Amcu), and the Metalworkers Union of South Africa (Numsa).

Amcu strikers accounted for the loss of 92% of all work hours, with Numsa strikers making up only 2.6%. The two provinces which lost the most due to work stoppages were big mining areas, Limpopo and North West Province, which lost R2.3 billion and R2.8 billion, respectively.

Looking at projections for strikes in 2015, the department said that negotiations were already in place between companies and employees, but with weak economic growth expected for the year, workers would need to be happy with inflation-related increases, or risk facing staff cuts.